Mount Barrow Road, also known as C404 is a high mountain pass, that takes you to the summit of Mount Barrow (1143 m),  located just east of Launceston in the northern eastern Tasmania, Australia. The mountain itself is one of the tallest mountains of the north-eastern highlands, offering panoramic views of Tamar valley, rainforest, alpine vegetation and mountains to the east. The 14km stretch of road  leading up to it is regarded as one of the most scenic drives in the world. The first 10km of the route has a well-maintained gravel surface and runs through a combination of farmland, bushwalks and forestry areas.

Mount Barrow Road links the Tasman Highway (A3) with Mount Barrow State Reserve. The boundary of the reserve is reached at the 10km mark. The road beyond the parking area is officially closed to vehicles other than four wheel drives, and that’s where things start to get interesting. It comprises of a collection of gravel switchbacks, offering spectacular views of the valleys to the north and west. The last 1.5km is located above the tree line, at around 1000m above sea level.

The route mainly offers spectacular views from the of Mount Barrow mountain, a Jurassic dolerite-capped plateau with widespread block fields and a sharp summit ridge at the north-eastern end. The mountain houses the communications towers broadcasting radio and television signals to Launceston and surrounds.

Mount Barrow Road is 14 km long and will take you less than half an hour to drive the route. Please keep in mind that this is a working road, frequented by log trucks and is designed as a one-way loop to keep things a bit safer.

Are there any accommodation or camping options along the way?
Launceston city offers a variety of accommodations to those who would like to visit Mount Barrow. Camping at Myrtle Park is also a great option.

What is the best time of year to travel the route?
Summer (December, January, February) is the best time to go on a road trip to Mount Barrow. Over winter Mt Barrow is frequently covered in a blanket of snow and the road to the summit is periodically closed.

Where are people able to get fuel when they are riding the route?
Before riding on the Mount Barrow Road, fill up in Lauceston or nearby suburbs such as Newstead or Ravenswood. 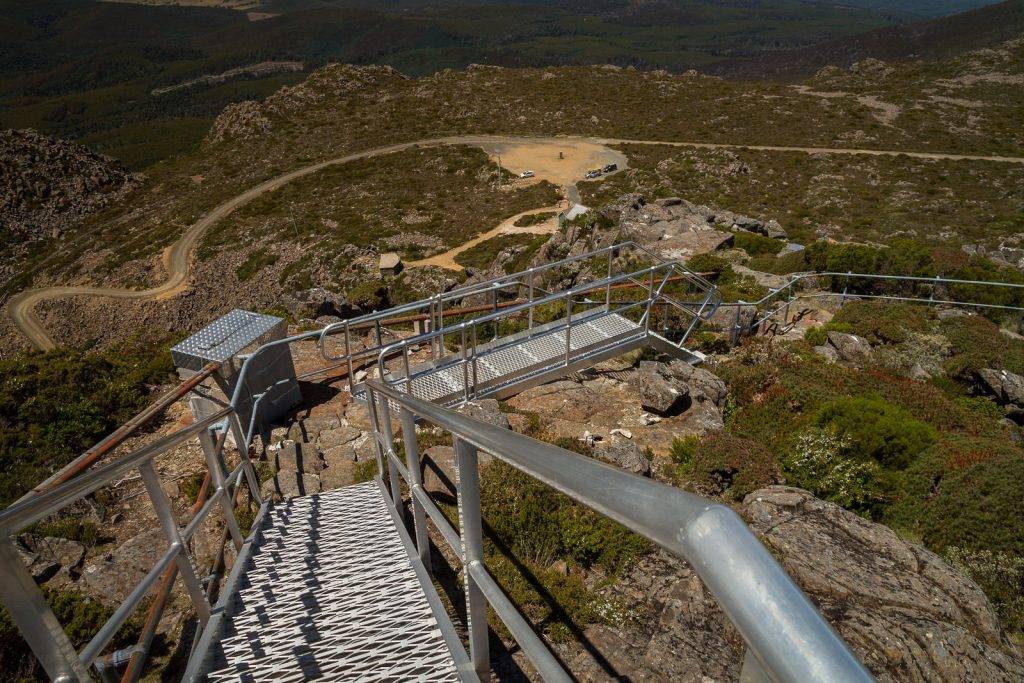