Motorcycle touring in Turkey is an experience like few others. With such a vast country to cover, the scenery and roads are superbly varied, from fantastic mountain passes, to winding coast roads, and far more . This guide will cover the following topics:

Looking for a motorcycle holiday in Turkey? We’re now offering a range of self-guided tours as Yellow Yeti Travel.

The top riding routes and destinations in Turkey

It is an incredibly rich traveling destination and you are sure to be welcomed wholeheartedly into this ancient and exciting country, full of rewarding encounters and hidden gems. Despite recent political issues in the country, you are unlikely to be affected and are free to travel without issue, however the Syrian border should be avoided for now.

This 300km ride takes you through such varied scenery throughout its countless twists and turns that you’ll feel as if you’ve crossed several countries in one ride. Following the black sea coast before turning inland near the Georgian border, you will pass lush green tea plantations, lakes and dusty mountains.

Dubbed more dangerous than Bolivia’s death road, this is certainly one for the adrenaline junkies. This mostly gravel road takes in 106 km of fantastic views and boasts 29 tight hairpins as it climbs to over 2000m above sea level. Weather frequently turns, and fog and rain are not uncommon.

This fantastic mountain pass, weighing in at 124 km long and reaching over 1600m high, takes you up and over a superb mix of mountains, forests and lakes. The bends are sublime and plentiful as they wind up and back down again on the other side.

This beautiful road twists and turns along the Mediterranean coast in the South West of Turkey, passing through forests and sandstone rock faces. Breathe in and smell the sea air as well as the pine. Olympos is also well worth at least an overnight stop.

Over a century in the making, this is a marvel of engineering. Following the Euphrates River through a deep, dark gorge and pass through countless tunnels, hewn from the sheer rock face. This gravelly, and sometimes dangerous road is another one for thrill seekers.

While the scenery taken in on this road is somewhat more humble than in other areas of the country, the rolling green hills, forests and farmlands make for a beautiful backdrop on a narrow and windy road. Perfect for sitting back and enjoying the ride.

Stunning views over the Marmara Sea combined with twisty turns will leave you wanting to go back and ride the 70km road again and ensure that this little gem is the best road between the two towns. Coincidentally, you’ll find yourself in an ancient wine region too.

Also known as the seven lakes, this stunning forest sea is unmissable and the road in offers fantastic panoramic views over the entire area as it serpentines up and over the hills. Lots of hiking trails and a fantastic place to relax after a long ride.

A wonderful experience and a must when traveling through Turkey. The rock formations, or fairy chimneys are fascinating and there are plenty of opportunities to hike, raft or just relax and drink some tea in this geological wonderland.

Motorcycle touring in Turkey would never be complete without checking out Istanbul, cultural crossroads and a melting pot of East meets West. With its grand bazaars, spice markets, fantastic food and warm, welcoming people it’s well worth spending a few days. Ankara is also well worth a visit.

When to ride in Turkey

In a nutshell, the weather is generally best during May and June, or in September and October, when it is usually mild and settled. The longer answer is that the size and geography of Turkey means there are significant climatic differences in each season of the year, meaning you can find regions of turkey to ride pretty much all all year round. Fundamentally, the land can be divided into 3 macro regions, each with its own climate:

Like the scenery, the quality of the road surface is very varied throughout the country, making motorcycle touring in Turkey all the more interesting. The larger highways are of immaculate tarmac, as are many of the more popular tourist destinations, with many areas having had a lot of money spent on road renovation projects recently. Other roads are horrendously poor, and little more than dirt tracks, though these are generally high mountain passes and some such roads are the most direct route into certain places (more fun too!). The poor quality roads are most commonly small country roads linking mountain villages together. That said, it is easily achievable to cross the country on good quality roads, without limiting yourself to highways and toll roads. Bear in mind that many of the higher mountain passes are closed over winter, and it is worth checking in advance if a certain road is open or not when planning a trip. Take care also in the rain, in particular after a long dry spell, as the first rains can bring out the oil and diesel on the road and make for some very slippery riding. Cities and towns are well-lit at night, but most country roads can get pretty dark. Outside of villages watch out for “sleeping policemen”, i.e. big lumps of concrete used as speed bumps. These are not always very visible and can be dangerous for bikers.

The traffic and driving style in Turkey is notoriously bad, and noticeably more so within the cities. The driving style is aggressive, over and under taking is common, and if you’re in someone’s way they will let you know about it by flashing their lights and blowing their horn. The best advice when motorcycle touring in Turkey is to embrace it, don’t let it frustrate you and go at your pace, while being constantly vigilant and riding defensively. Having said that, you will more often than not find yourself alone on the roads outside of town for mile after mile.

Turkey is a well signed country and you will be hard pressed to get lost. There are several toll roads, which are signed using green signs – while free roads use blue signs – and if you plan to use them you will need to purchase a HGS sticker, which costs about TL10, and must then be loaded with a minimum of TL30. The HGS sticker can be purchased from post offices (PTT) or Shell petrol stations, and should be stuck on a windshield or somewhere visible. Each time you pass through a toll gate, the relevant amount of money will be deducted from your HGS account.

Turkey is a great destination for motorcyclists and is realtively very safe, but there are a few tips from the Turkish authorities, who have raised the alert level and increased security measures throughout Turkey to reassure foreign visitors:

The paperwork required for citizens of Australia, Britain, Canada and the States is fairly straightforward, a visa will need to purchased, which can now be done in advance using the e-visa service. Citizens of EU countries may not need a visa, but it is worth checking first. New Zealand does not require a visa. The above mentioned nationals are entitled to stay for 90 days out of 180, and may make multiple entries. Ensure your passport is valid for at least six months after the date you plan to enter the country.

Getting your own bike into/out of Turkey

Getting foreign-owned/registered motorcycles in/out of Turkey is relatively simple. All you need to bring the bike in as an ‘Accompanied Vehicle‘ is the vehicle ownership document, an insurance policy for the bike valid in Turkey and your passport. Your Carnet and International Drivers Licence will certainly help when you are actually on the road too. A permit will then be put in your passport and you will need to check it out again when you leave. Border crossings are generally friendly and easy-going, but can occasionally take some time.

From Asia, the main crossings used by overland motorcycle riders are from Georgia and Iran. The border is closed permanently with Armenia and the crossings with Iraq and Syria, while open, are still not advised at this stage. There is also technically a crossing with Azerbaijan, but you still can’t get into Armenia from there either and will need to go through Iran anyway, so it just adds time/money/paperwork.

Getting to Turkey from Western Europe by sea is one of the fastest and easiest options, if you don’t want to ride the whole way. Ferries are available at Trieste, Venezia, Ancona, Bari and Brindisi. The ferry destinations are Igoumenitza, Patras, Piraeus (Greece) or Istanbul, Izmir, Cesme, Kusadasi (Turkey).

You can find out more about Greek ferries from this site. There is also a Roll-On/Roll-Off service for vehicles available between the Port of Trieste and Istanbul.

One of the fastest ferries and most direct routes is from Bari or Ancona in Italy, to Igoumenitza in Greece (8 hours crossing – normally during the night). Disembarking in Igoumenitza in the early hours of the morning you could even make Istanbul (1,100 km away) by the late evening/early night, if you really wanted to push.

Motorcycle insurance for riding in Turkey

Some European and Green card insurance will cover Turkey. If your insurance policy for your home country does not cover the whole of Turkey, then you must take out a short-term policy. These can be found in any of the branches of TTOK in Istanbul, Ankara and Antalya, at the ports of Izmir, Merson or Iskenderun, and at main border crossings with Greece and Bulgaria, Kapikule, Ipsala and Derekoy. Insurance can be bought at the border for reasonable prices. 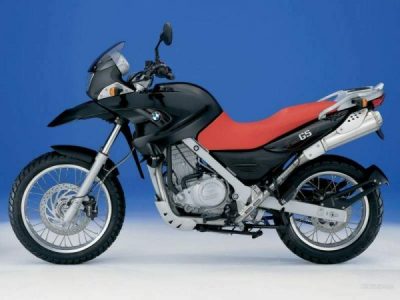 Many petrol station along the main roads are open 24 hours a day, while others are open from 6:00 to 22:00. Credit cards are generally accepted in most places. Unleaded petrol is called Benzin kursunsuz. Super Unleaded petrol has an octane number of 95.

Check out our blog for articles on our experiences in adventure riding in Turkey or read our general Adventure Motorcycle Touring Guide.

We use cookies to ensure that we give you the best experience on our website. If you continue to use this site we will assume that you are happy with it.Ok