Motorcycle Touring in the UK

Motorcycle touring in the UK isn’t perhaps considered the most adventurous place to ride, but it certainly offers a huge variety of rides, packed into a small area. England, Wales, Scotland and Northern Ireland all offer different riding experiences and the variation one finds on this small island is a pleasant contradiction. From the rugged and wild Scottish highlands to the gentle, rolling hills and valleys of Wales, there is certainly a road for every type of rider. Being just a short ferry crossing away from mainland Europe, no tour of the continent would be complete without a week or two riding the British Isles.

Looking for a self-guided motorcycle holiday in the UK? We’re now offering a range of tours as Yellow Yeti Travel.

Got your own bike or would prefer to hire a bike and just get on with it. We’ve developed a range of route pack to take the hassle out of planning your trip and help you get the most out of your time in the UK. Click below to find out more.

The top routes and destinations for Motorcycle Touring in the UK

This national park offers some fantastic roads, including the well-known “cat and fiddle road” and the popular snake pass to Glossop. Both are twisty and offer some great views over this stunning area. Also home to some beautiful old towns and villages such as Bakewell and Ashbourne.

For race lovers there are few race tracks as accessible as the world famous Isle of Man TT track. Take a ferry over to the Isle of Man and enjoy the ride, just remember outside of the race these are public roads and speed limits apply! Find out more about riding on the Isle of Man >>

When riding Scotland the fun really starts North of Glasgow. The A82 takes you along Loch Lomond, through the spectacular Glencoe, past the wild and rugged Ben Nevis and alongside the beautiful Loch Ness. Stunning views are plentiful and be sure to pack a camera. Find out more about riding Glasgow – Inverness (A82) >>

These two steep and windy roads pass through the Lake District, another spectacular area of natural beauty. Take a moment to look around but don’t stop until you get to the top. Just watch out for sheep.

Following the North Eastern coast of Northern Ireland, this fantastic road is a popular route for riders. The large sweeping turns make for great riding and the views over the sea are not to be missed. Check out the small fishing villages along the way and the famous Giant’s Causeway. Find out more about riding the Antrim Coast Road >>

Translated to “the pass of the cattle” this ancient road takes you up to Applecross in North West Scotland. Featuring several hairpins and switchbacks as it climbs up Britain’s third highest pass. Described as “similar to an Alpine pass, but narrower and not so high”, it’s a great ride and offers stunning views over the Highlands. Find out more about riding the Bealach Na Ba >>

Wales offers up some fantastic riding and the Horseshoe pass is one of the best examples. The historic road gently climbs to a modest 400m and incorporates several wide sweeping turns, making for an enjoyable and smooth ride. The view from the top is great, just beware of sheep on the way down. Find out more about riding the Horseshoe Pass >>

Pass of the Cross, Wales

Also known as “Hellfire pass”, this hilly road is situated in Wales’ Snowdonia national park. The area itself is well worth a visit for the natural beauty. The road was historically used by British motorcycle manufacturers to test the hill climbing abilities of their bikes. Find out more about riding the Pass of the Cross >>

Home of the world famous cheese and also sights of outstanding natural beauty, the gorge is one of the natural wonders of the UK. Full of challenging turns and bends the road winds through the gorge from Cheddar to the village of Green Ore.

The Isle of Skye, Scotland

Scotland is surrounded by many beautiful islands, to pick one is difficult. However the Isle of Skye offers not only great scenery and roads (the A855 in particular) but the journey through the West highlands to the fishing village of Mallaig is spectacular. Jump on the small car ferry here and Skye awaits. Find out more about riding on the Isle of Skye >>

The road quality is generally fairly good around the UK and the surface is not really a factor in motorcycle touring in the UK. Highways and main roads will normally be fairly smooth whereas some older town roads may be potholed and a little bumpy. Country roads are for the most part smooth with the occasional potholes, especially after winter. Any kind of road bike will be able to handle them. Some small village roads and mountain passes may turn to mud or gravel, but it is unlikely a traveler will ever need to use these roads.

Traffic on the other hand can be rather heavy across the UK. There are a lot of people on this small island, and so it is not uncommon for city and town roads, as well as certain highways, to be gridlocked during rush hours. With that said, outside of rush hours the roads are not too bad, but bear in mind that during school times, rush hours can be from 3pm through to 7pm in towns and cities. Country lanes fare better and are far more enjoyable for a motorcycle tourer to ride, but always be ready for a big van/truck to be coming around that blind corner. Drivers are fairly tame, compared to some more adventurous destinations, though in larger cities and in heavy traffic an aggressive driving style is more the norm. London is special and every care should be taken if riding through the city.

Roadworks are common on many highways adding to the volume of traffic. Also be aware of strictly enforced speed limits, including variable speed limits. In recent years there has been a crackdown on speeding and unmarked police vehicles frequently patrol popular motorcycle routes. Speed cameras are also common, especially in towns, but are almost always signed and visible.

Larger roads are fairly well signed and highways will give plenty of warning before an exit appears. Country roads on the whole are not too bad, but if you’re on small roads it is not uncommon for only the next tiny village to be signed every now and then, so a good local knowledge is useful, or GPS. In the cities a GPS is vital as heavy traffic and a love of one-way systems makes navigation difficult without one.

For tourism purposes, citizens of Australia, Canada, the EU and the US do not require a visa to enter the UK. A valid passport is required to enter, however EU citizens can cross the border with a national ID card. Once in the UK tourists are free to stay without a visa for six months. Security has been increasing over recent years and visitors may be questioned at the border and their luggage searched. These checks are mostly done at random and questioning is quick and painless unless border officers notice suspicious activity.

If you’re entering the UK on your own bike you are permitted to drive for 12 months on your license. Green card insurance should cover the UK, as will the majority of EU insurance policies. Check in advance however, as UK insurance is very expensive for non UK citizens.

Advice & Inspiration for Motorcycle Touring in the UK

Check out our blog for articles on our experiences in adventure riding in the UK or read our general Adventure Motorcycle Touring Guide.

Motorcycle Rentals in the UK 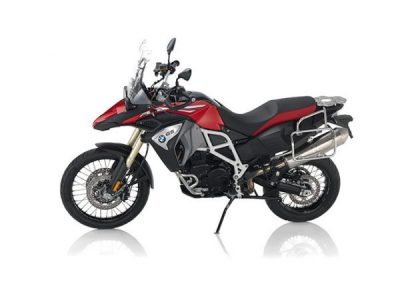